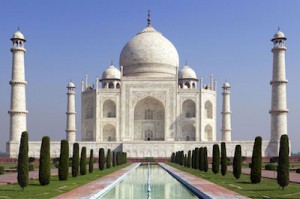 It’s a big day tomorrow, and we have been looking forward to it now for weeks. Lecretia would like to be in the courtroom for the beginning of the proceedings, but I have my doubts as to whether that will be possible. I am sure she will be there for part of the day at least, but as to when and for how long it’s a little hard to say.

We are having a lovely weekend. Some close friends of Lecretia’s have flown in from around the country and from Australia to be with her. This afternoon she’s having an afternoon tea with some of her girlfriends and her brother and father will be here for dinner this evening too. She’ll be having an early night to make sure she is well rested for the coming week.

It’s been disappointing to see some of the recent media coverage of our opponents’ views so close to the case. Sadly, Lecretia’s opponents are trying to turn this into something bigger than it is, employing tactics like the slippery slope argument to prey on people’s fears. It will be good to see these claims subjected to the scrutiny of the courtroom where they’re unlikely to hold much water.

Canada tried a “slippery slope” argument in Carter v. Canada. There was a whole section debunking it in the judgment, but this paragraph from the judgment best summarises the Supreme Court of Canada’s position (para 120):

Finally, it is argued that without an absolute prohibition on assisted dying, Canada will descend the slippery slope into euthanasia and condoned murder.  Anecdotal examples of controversial cases abroad were cited in support of this argument, only to be countered by anecdotal examples of systems that work well.  The resolution of the issue before us falls to be resolved not by competing anecdotes, but by the evidence.  The trial judge, after an exhaustive review of the evidence, rejected the argument that adoption of a regulatory regime would initiate a descent down a slippery slope into homicide.  We should not lightly assume that the regulatory regime will function defectively, nor should we assume that other criminal sanctions against the taking of lives will prove impotent against abuse.

But wider issues aside, when it comes down to it, Lecretia’s case is about an ill woman who has been failed by a history of successive governments who have refused to deal with the issue, and who is now seeking peace through the only path available to her that has any chance of giving her relief in the time she has: the courts.

Win or lose, we will achieve some certainty for Lecretia. We will know whether she can lawfully choose not to suffer if things become unbearable, by requesting assistance from a physician to die, or whether she must suffer against her will to satisfy an interpretation of the law that entrenches its inadequacy for dealing with the nuances of cases like hers. We will find out if the law allows Lecretia to have the choice she wants under current legislation, or whether the law needs to change so that people like Lecretia don’t need to suffer unnecessarily.

We have been told the hearing should run for three days, which is going to be quite exhausting for Lecretia, but she is determined to be there as much as she can. Justice Collins has indicated that he will be reaching a decision as quickly as he is able, which is a great relief to us.

This all comes as we received news earlier in the week that Lecretia’s blood tests indicated she could safely resume chemotherapy if she really wanted to. Lecretia has opted to resume treatment, despite an admission from her oncologist that it likely won’t make any difference to her prognosis. Nevertheless, she is determined to live and to fight her cancer as much as her body allows her to, so she restarted her anti-cancer drugs on Wednesday this week. She wants to be here for her mother’s 60th birthday next year, and for our 10th wedding anniversary. She wants to see the Taj Mahal.

It’s hard to see how someone so desperate and determined to live could be seen by the law as the same as a hypothetical suicide who, despite having no terminal illness, wants to die. But as it happens, we will find out whether there is a distinction over the next few weeks.

We’ll see you in court.