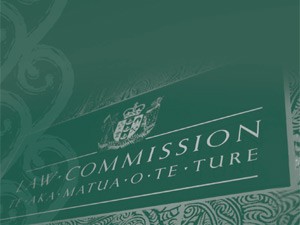 Aside from a secondment to the Department of Prime Minister and Cabinet in 2010, Lecretia has worked at the Law Commission since 2007, project leading a number of reform projects, including the Review of the Regulatory Framework for the Sale and Supply of Liquor, the Review of the War Pensions Act 1954 (discussed in an earlier blog post), the Review of the Judicature Act 1908 and Consolidation of Courts Legislation, and most recently, the Review of Contempt of Court. As she was diagnosed with cancer in 2011, almost half the time she worked at the Law Commission she was also managing her illness.  Even cancer could not dissuade her passion for law reform.

Marion worked with Lecretia on several reform projects during her time at the Law Commission:

I remember first meeting Lecretia when she was introduced to me when she started at the Law Commission. I was struck and slightly awed by her poise and beauty, but soon felt at ease because of her unaffected, warm nature. Despite her obviously sharp mind, she was unendingly patient with me and had time for my questions and thoughts. I feel that I learned much of the ropes of legal thinking and law reform from her. And personally I felt accepted by her, despite my sometimes bumbling ways and our different backgrounds.

I learned many things from Lecretia during our years together on the veterans’ review. She would always treat the people we interacted with absolute respect and patience. Even when some people caused frustration, she demonstrated how to treat them with dignity. She reminded me of the compassion with which veterans deserved to be treated. Her law reform work was always so thorough and carefully thought through and sensible that she made it look easy. She showed me that it is always always worth doing the best possible job and that means taking care over every page, every paragraph, every word. She was generous with her time and help, and gave me confidence in my work. Some memories of that time that will stay with me always are our terrifying daredevil helicopter ride at Ohakea Air Force Base with us clutching each others hands with white knuckles (knowing Lecretia was doing it despite not really enjoying that type of thing gave me courage!), and us somehow missing our boarding call at Canberra airport, getting paged by name and having to run through the airport together to get to our flight on time.

There are the little things that Lecretia does that really made a difference to me. She bought me a chai latte when she picked up that I was having a bad day. She made me a delicious carrot cake for my birthday. And she’s always been interested in my cat!

Roland recalls arriving at the Law Commission in 2012 and meeting Lecretia for the first time.

The first time I met Lecretia was my first day at the Law Commission. I entered the building with the increased level of nervous energy and apprehension of the unknown that comes with the first day at a new job. The first person I encountered was a tall elegant woman with beautiful eyes. She spontaneously gave me a big smile and said the most genuine and authentic ‘welcome’. I instantly knew everything would be okay.

A few months later I would be moved seeing Lecretia lost in a moment of joy with the simple pleasure of singing with the ukulele group at work.

I would learn of the high respect and regard that people, some who were not easily impressed, had for Lecretia’s intellect and analytical abilities. I would also learn of the significant roles she had held and the important issues she had worked on.

But for me it was her ability to make the world a better place with a simple smile, a single word and her joy of life that makes her special.