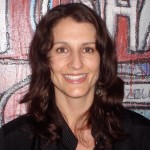 In a press conference earlier today a new End of Life Choice Bill was launched by ACT Party Leader David Seymour. The Bill will likely be submitted into the parliamentary ballot on Thursday. Mr Seymour announced he would be drafting a bill shortly after the judgment was released in June at the conclusion of Seales v Attorney General, where Wellington lawyer Lecretia Seales went to the High Court of New Zealand in an attempt to secure a decision that would not make it a prosecutable offence for her doctor to help her to die, with her consent.

In response to the Bill, Mr Vickers, Sir Geoffrey Palmer, former employer and friend of Ms Seales, and Andrew Butler of Russell McVeagh (lead counsel for Ms Seales in her High Court challenge) said: “We commend the Hon David Seymour for his efforts and the progress he has made on this important cross-party issue. Although Lecretia chose not to align herself with any one political party, she would have supported a serious effort by any parliamentary member to improve the current law. David Seymour’s bill is appropriately narrow, has substantial merit and we wish it well.  We also look forward to the report of the Select Committee which is currently considering this issue, and we continue to support that process too.”

At the Health Select Committee today the committee members began hearing from submitters on the issue of assisted dying, after agreeing to respond to a petition presented to Parliament in July this year asking parliament to review assisted dying legislation. Maryan Street, former Labour MP and sponsor of the petition, addressed the committee. She was supported by Mr Vickers and others who sat in the public gallery. Ms Street had earlier introduced a bill of her own in 2012, but it was withdrawn when Ms Street did not return to Parliament after the 2014 General Election.

The Health Select Committee is taking submissions until 1 February 2016. In order to assist submitters, a summary of Seales v Attorney General and much of the evidence and factual findings produced in that case have been made available to the public for the first time today. The materials are available at:
httpslecretia.org/seales-v-attorney-general

More information on making a submission can be found at:
httpslecretia.org/make-a-submission